The CONNECT Beyond region is a diverse, two-state, 12-county region consisting of Charlotte as the metro center and surrounding suburban counties with regional cities and rural areas with small towns and open space land.

What makes the CONNECT Beyond region so unique and special is the diversity of its geography. This area is made up of rural counties with small towns, suburban counties with regional cities and an urban hub – the City of Charlotte. Each of these different geography types has unique transportation challenges and needs. Through the CONNECT Our Future project and the Regional Transit Engagement Series, we gained a fundamental understanding of those unique challenges facing the different communities in our region by doing extensive stakeholder outreach and community engagement.

The CONNECT Beyond region covers: 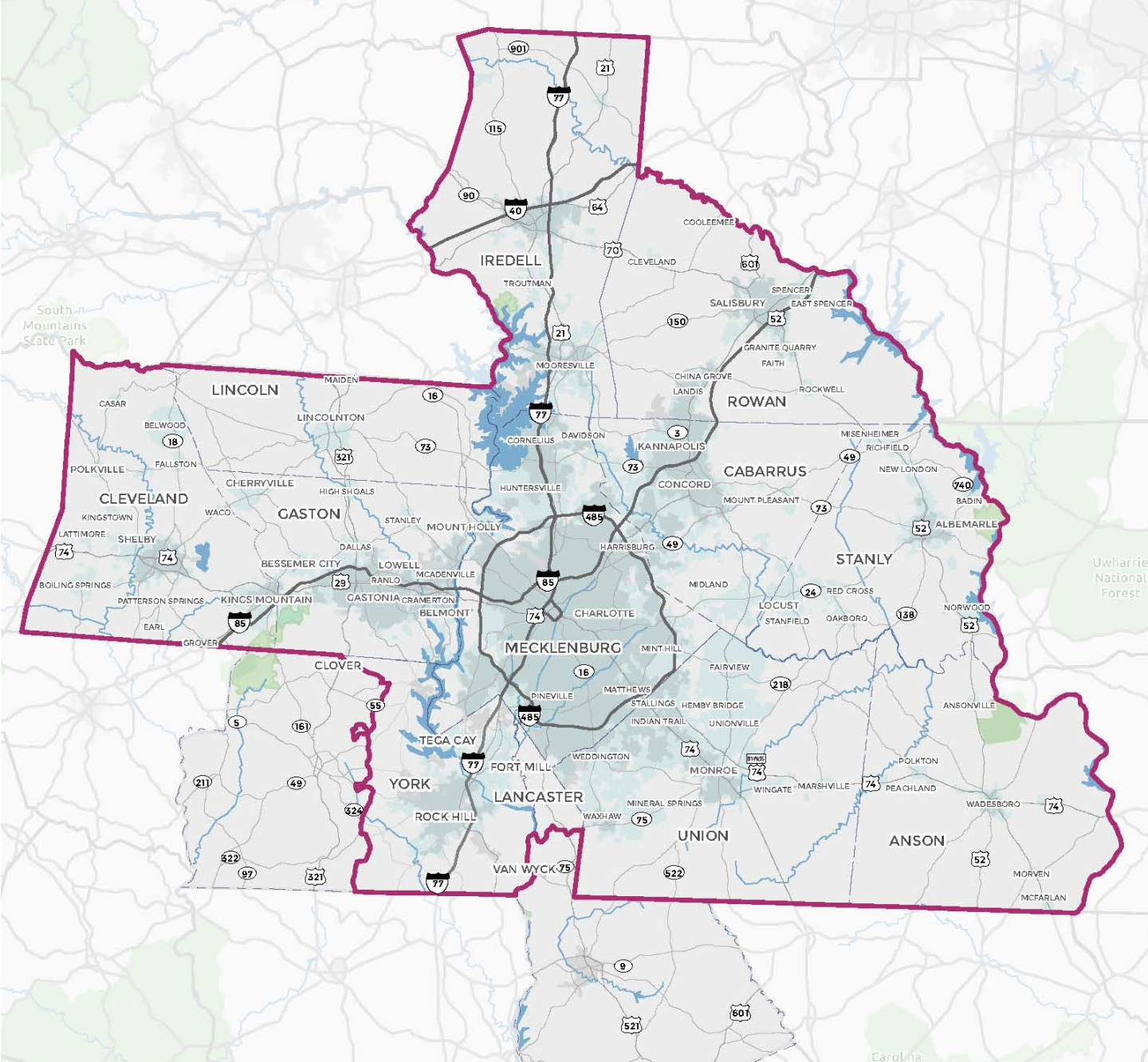 The CONNECT Beyond region is one of the fastest-growing large metropolitan areas in the United States. Between 2000 and 2010, the total population of the region increased by 26 percent, adding approximately 500,000 new residents to our region.

Our region had a strong economy and benefited from solid employment growth. Between 2000 and 2018, employment in the region grew by approximately 367,403 jobs, which is an annual growth rate of 3.8 percent. As our economy recovers, the positive employment trend is expected to continue with projections estimating that between 2018 and 2045 approximately 731,663 jobs will be created in the region, which is a 46% increase.